James shares his experience of inviting people from a college campus to attend a local Discovering Christ course. It was his first time and it was both stretching and eye-opening. Hopefully you can learn from his successes and failures and think of new, creative ways to invite people to Discovering Christ!

Last Fall, ChristLife Young Adults ran a Discovering Christ course for young adults. At our weekly preparation meetings, we strongly encouraged everyone to think of bold and creative ways to invite others to Discovering Christ. One Thursday morning, a group of us went to a local college campus to invite people–hoping to catch students coming to and from class.

We handed out nifty invite cards to people that asked: “Life is journey, where are you headed?” The course details were available on the back of the card. 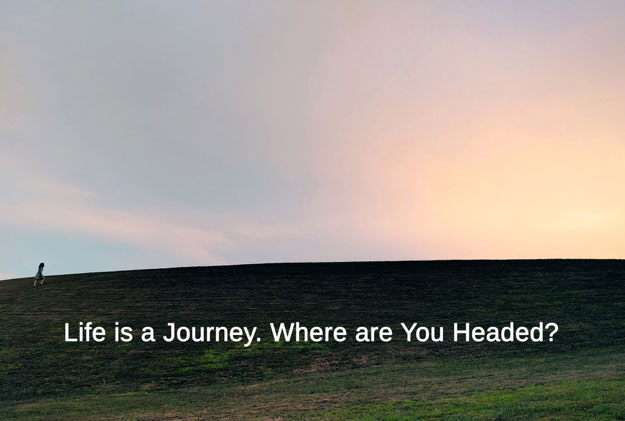 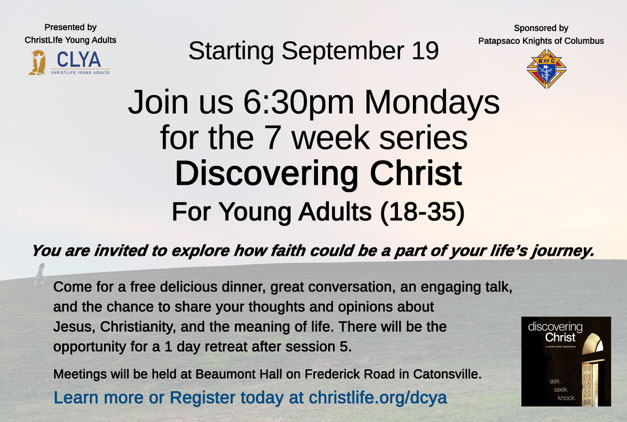 This type of “public witness” was pretty new for all of us, but we were all excited for the opportunity! We divided our group of six into three teams of two and then split up to cover different parts of campus. I teamed up with Kaitlyn and we set off to the student union.

Kaitlyn and I started by standing outside the student union, but the students mostly avoided interacting with us as they hurried into the building. We thought that going inside the student union might give us a better chance. I made my first invite by ordering some coffee and offering an invite card to the girl at the checkout counter. She thanked me and said she would look into it. I was exhilarated by making my first invite!

We then turned to the large sitting area full of students eating and studying. We started approaching individual students who were studying by introducing ourselves and offering them an invite card. After several people giving us a respectful “no thank you” and a few instances of being blown off, our spirits started to fall. We also noticed many curious and apprehensive eyes watching us. We started to feel like we were becoming a spectacle and not being taken seriously, so we decided to move on to a new area.

We moved to a more secluded area of the student union, where we hoped to encounter students without the added pressure of so many people watching. Kaitlyn showed a lot of boldness by approaching a young man who was on his laptop with his earphones in. He looked absorbed in his work and I was not expecting a friendly response. Surprisingly, he was friendly and open with us and told us he planned on coming. It was our first positive response! He even let us pray with him for his college studies.

We ended up approaching many more people in that area of the union and had some nice conversations with the students, many of whom were “plugged in” and didn’t seem open to talking. A handful said they were very interested, and a few told us they would be there.

One highlight was a young lady who lit up when we invited her, and told us she was a Christian. We asked if there was anything we could pray for, and she told us her grandmother was in the hospital. We offered to pray right there for her grandma and she was extremely grateful.

When our time on campus was running short, and we still had a stack of invites cards each, we decided to begin handing them out more freely. We stood on a main sidewalk where many students were walking and starting offering the cards to anyone who walked by. If they made eye contact, we would try to do a short advertisement for the course. We did this until we ran out, and then met up with our two other invite teams.

Everyone looked inspired and invigorated by the experience. We started exchanging stories of successful invites, meaningful dialogues, and getting to pray with people. One group was told by a campus official that they couldn’t hand out invites for an off-campus event, so they stashed the cards in their pockets and simply started conversations with students, hoping for a chance to whip out a card and invite them. In another group, one person did the talking and inviting and the other person was interceding with the Rosary. They had some great conversations.

For me, it was a testing ground for my great desire to evangelize and share our faith. How willing was I to put myself out there for Christ? How strong and steadfast would I be in the face of rejection?

Quite honestly, I felt greatly challenged and emotionally exhausted from the experience. But once I recovered, I felt incredibly proud of myself that I had been a bold, public witness to Christ. I walked away with a greater confidence that with God’s grace I could approach any stranger and make a simple invitation to meet Jesus.