In a small room at ChristLife where we begin every day with prayer hangs a picture of Our Lady of Guadalupe. Each day as we conclude our prayer time we ask for her intercession as the "star of the new evangelization."

I didn't realize how important this daily prayer to Mary was until this past year.

For years we wanted to translate Discovering Christ (and the entire ChristLife process) into Spanish. In 2016 we achieved our dream and developed our first ever Spanish-language resource Descubriendo a Cristo.

As the project lead my goal was to release the product in September. A series of setbacks delayed the release to October, then November. Finally, we received all of the finished DVDs in early December. However, much to my chagrin, when I opened the packages I noticed a spelling error on the outside DVD wrap. As I stood staring at the typo I had a sinking feeling as I thought of the cost to send everything back to the manufacturer for correction. Then, in what I believe was a stroke of providence, a deeper review of the packages revealed that the manufacturer made their own error. This resulted in a nearly free fix of all the DVD sets! As a small cash-strapped ministry, we breathed a huge sigh of relief and gave thanks to God.

To celebrate the Spanish release, Fr. Erik Arnold came to ChristLife and offered a Mass of thanksgiving to mark this important feast day and milestone in the ministry’s history. 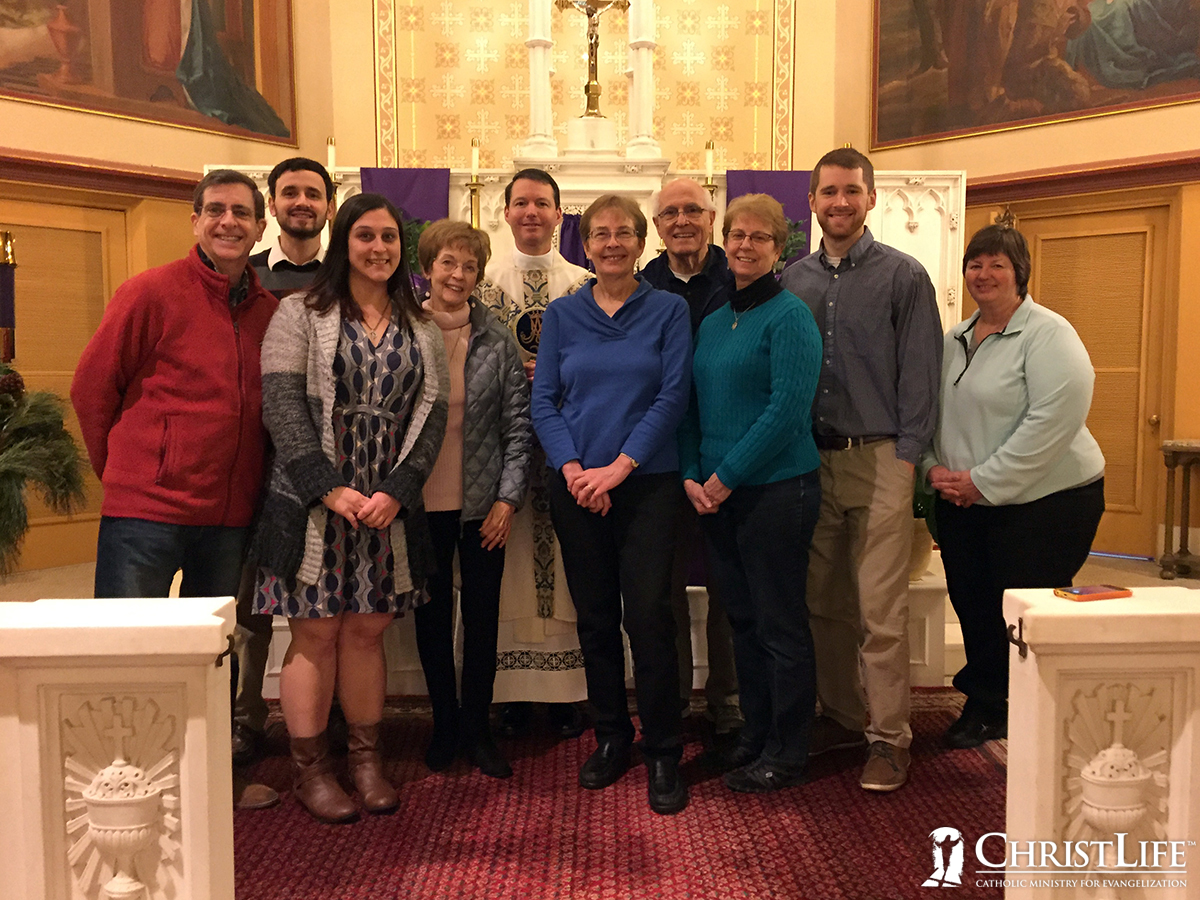 The translation of Discovering Christ into Spanish brought us into contact with our brothers and sisters in Mexico City. Carlos Jardón ran the first ever Descubriendo a Cristo course in late 2016 in Mexico City.

Throughout 2017 we had a series of Skype meetings with Carlos and several other brothers and sisters from Mexico city to discuss the possibility of bringing ChristLife to Mexico. After many fruitful discussions and meeting one of their team members, Elsa Merino, at the National Conference in the Spring, Dave Nodar and I decided to travel to Mexico in early August 2017 to pray and explore how best to expand the ministry to Mexico.

We were welcomed with open arms by our host family and the team. Each day we spent time in prayer, discussion, and fellowship together (including eating some delicious Mexican food!) We shared about ChristLife's history and charism. We came to know one another personally and we learned about the Church in Mexico. The meetings resulted in a preliminary plan to pilot the three courses in Mexico and to provide a training conference in 2018 to interested parish leaders.

Our final meeting was with Fr. Omar who works for CEM – the Mexican bishops conference. He believes bringing ChristLife to Mexico is exactly what the Church needs to ignite a new evangelization. We learned from Fr. Omar that there are over 100 million Catholics in Mexico (81% of the population) but only 12% attend Mass weekly and in Mexico city only 7%. Many other statistics point to the unfortunate reality of widespread "cultural Catholicism." The bottom line is that our Catholic neighbor to the South is in as great of need of the New Evangelization as the United States.

On the day before we left we visited the Basilica of Our Lady of Guadalupe with our host family and Elsa. We were among thousands of pilgrims from across Mexico and the world who came that morning to learn about the apparition so many years ago on the hill of Tepeyac and to pray to Our Lady for our needs. 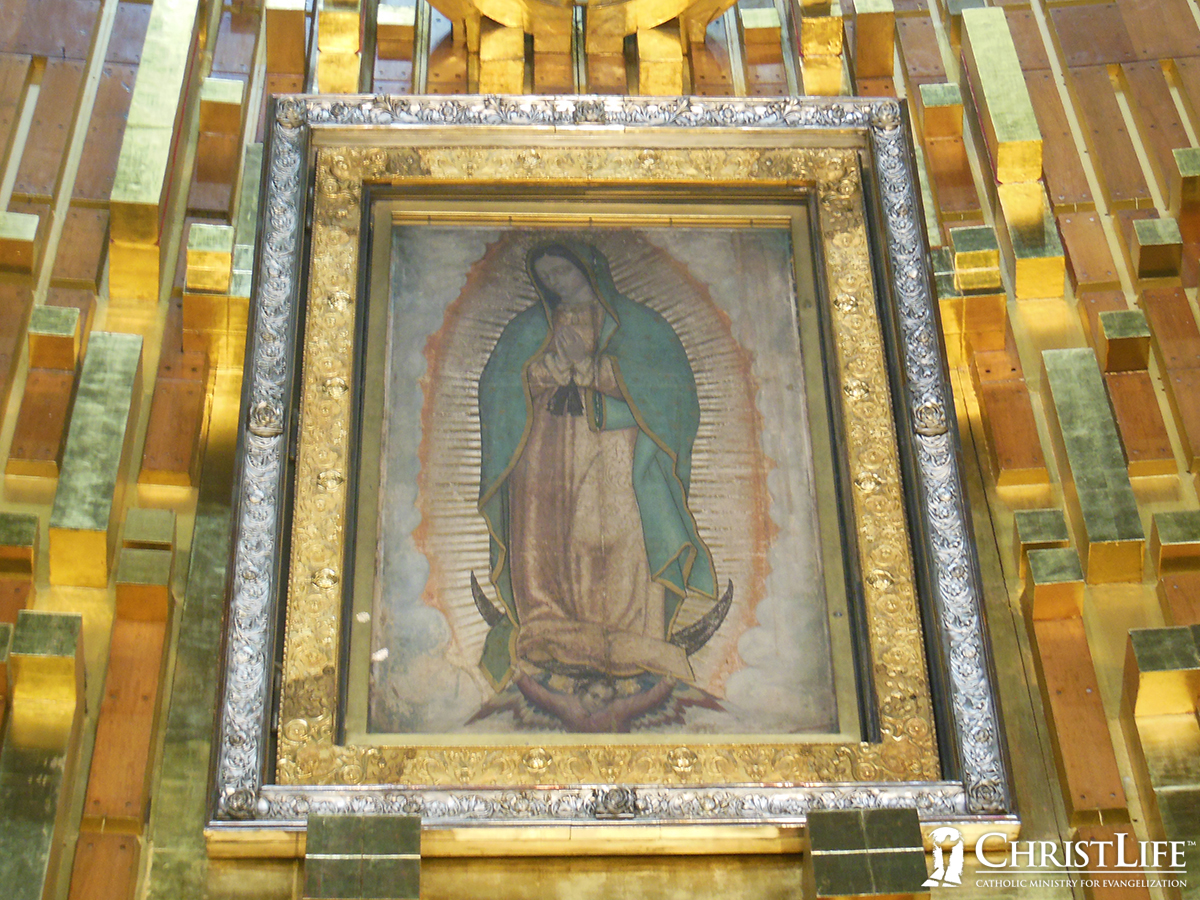 As we gazed on the tilma bearing the miraculous image of Our Lady hanging in the Basilica and walked the grounds, I was reminded of a lesson I learned about St. Juan Diego in the final talk of Sharing Christ.

Fr. Erik Arnold challenges us with God’s vision for the New Evangelization. In the talk, he unpacks the story of Guadalupe from St. Juan Diego's perspective. Our Lady gave St. Juan Diego a message to carry to the bishop. Despite some hesitation, Juan Diego did go and shared his story with the bishop. What was the result of St. Juan Diego sharing his story?

Archbishop Jose Gomez shared in a recent talk entitled The Marian Heart of America, "Within a few years of this apparition, millions came to be baptized in Mexico and throughout the Americas. A great wave of holiness swept through the continents – raising up saints and heroes of the faith in every country."

This result represents God’s vision for the New Evangelization. Fr. Erik Arnold concludes, "Our story shared, like St. Juan Diego, has the power to change lives."

God is calling each of us to go forth – even if we feel ill-equipped like Juan Diego who told our Lady, "I am only a man of the fields, a poor creature."

Our Lady responded, "Understand that I have many servants and messengers who I could send to deliver my message and do my will. But it is absolutely necessary that you yourself go."

Archbishop Gomez continued his message "Friends, God is speaking those words to you and to me in this time. God has a message that he wants to deliver with your lives."

May Our Lady of Guadalupe, Star of the New Evangelization pray for us. May our efforts through ChristLife contribute to the re-evangelization of the Americas!