Prior to the founding of ChristLife, Dave Nodar regularly traveled to Central and Eastern Europe to teach in schools of evangelization for young adult Catholics from the former Soviet Bloc. For several weeks, young adult Catholics would come together from all around the region to grow in their relationship with Jesus, and to be equipped to bring their faith to others. 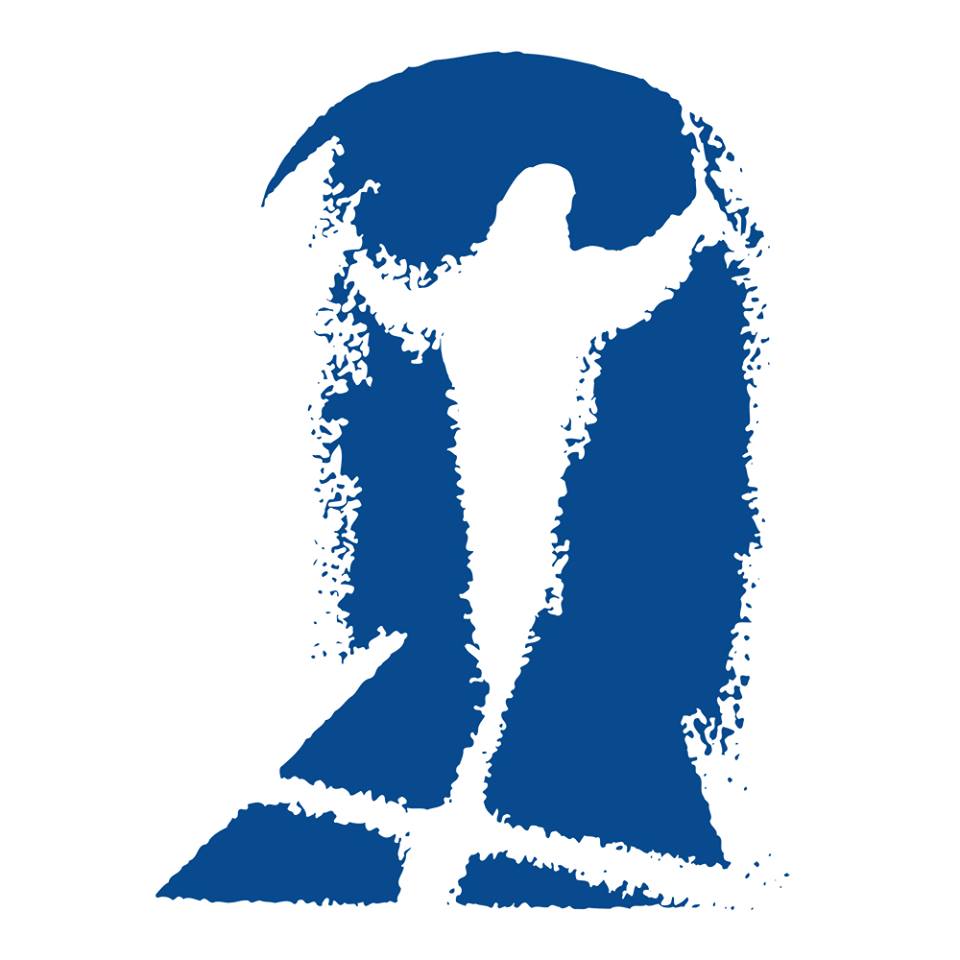 One of the schools displayed a large banner of the risen Lord Jesus emerging from the tomb. Upon closer look, the artist wove the Trinity into the image. The figure of Jesus bears the likeness of a dove descending, symbolizing the Holy Spirit. Further, Jesus is presented as emerging from the tomb, standing in the light of the Father’s glory. Dave was moved to ask the artist if he could use this image, a Trinitarian icon, as part of the logo for the new ministry he was beginning. This image is now ChristLife's logo.

In 1994 Hana Šimčíková, a nineteen-year-old young woman, attended one of the schools of evangelization. She was raised in a Christian home and was content in her town in eastern Slovakia where she lived, prayed, and worked. Little did she know that attending this school of evangelization would radically change her life path, sending her all over the globe on mission.

In the years that followed, Hana began meeting with other young adults from the school of evangelization for prayer and worship. Gradually these young people formed a community and began to evangelize at home and abroad. Today the community is called Dom Judov (House of Judah) and has 40 members and 13 children.

Dom Judov, in cooperation with other lay communities throughout Slovakia and with the Redemptorist Order located in the capitol city of Bratislava, regularly go on mission, serving local parishes in towns across Slovakia, as well as in 16 countries on 4 continents. One of the tools for evangelization they have used in Slovakia is Objav Krista, the Slovak translation of Discovering Christ, as well as the Following and Sharing Christ courses. 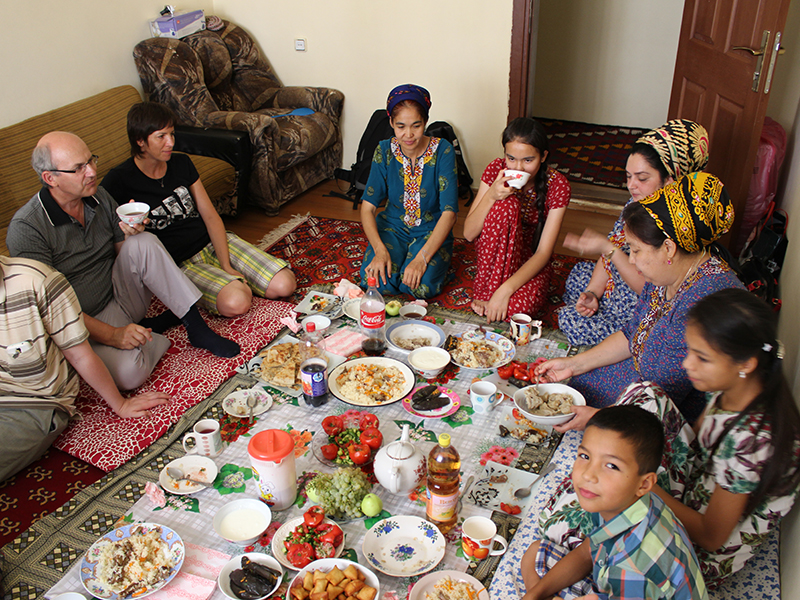 One of the foreign countries Hana visits frequently is Turkmenistan, a predominantly Muslim country. The country has only three Catholic priests. The only Catholic church is a simple chapel inside of a private home. People travel many hours just to attend Mass. From the base of this chapel, Hana and her mission team assist the priests and offer pastoral support to Catholics. They also reach out to Muslims and others who are hungry for God. Their approach to evangelization is very simple. They love the people in front of them, share God’s Word and offer to pray with people. Hana shared that the people of Turkmenistan are very hungry and open to prayer. People come to them and ask about prayer, and ask to pray together. Muslims have even come asking about a man named "Jesus" who appeared to them in a dream! 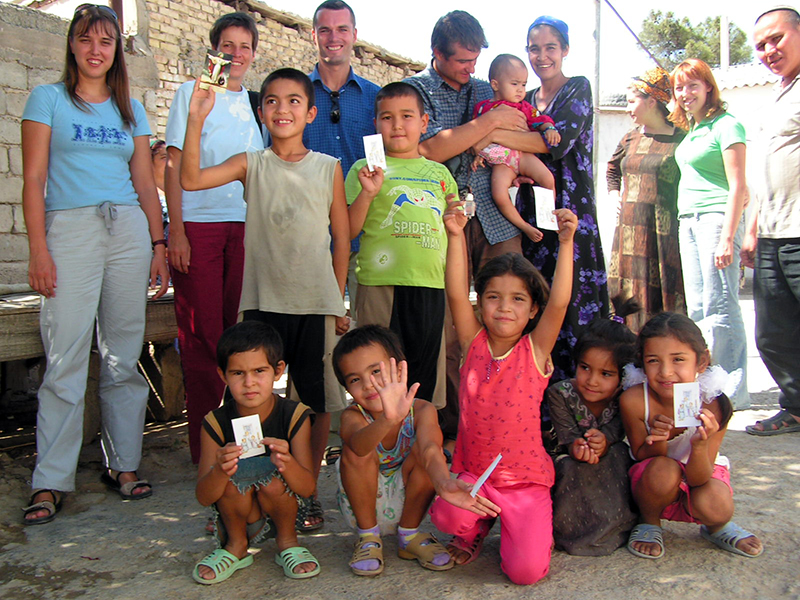 Jesus said, “The harvest is plentiful, but the laborers are few; pray therefore the Lord of the harvest to send out laborers into his harvest” (Matthew 9:37-38). Hana and her mission team have responded to the Lord’s call and have entered the vast harvest field of Turkmenistan, bringing the liberating message of the kerygma, God’s love revealed in Jesus Christ, to all those whom God gives the opportunity for them to share.

Hana’s work in Turkmenistan, where there is so little presence of the Church, reminds me of a famous letter that St. Francis Xavier wrote from Asia to St. Ignatius Loyola:

Many, many people hereabouts are not becoming Christians for one reason only: there is nobody to make them Christians. Again and again I have thought of going round the universities of Europe, especially Paris, and everywhere crying out like a madman, riveting the attention of those with more learning than charity: "What a tragedy: how many souls are being shut out of heaven and falling into hell, thanks to you!" I wish they would work as hard at this as they do at their books, and so settle their account with God for their learning and the talents entrusted to them.

St. Francis Xavier’s exhortation reminds the Church of the urgent need for missionaries committed to evangelization. And while today there is a strong impetus in the Church for “missions,” there is very little training on how to evangelize and how to bring the kerygma to people who have never heard the Gospel or who have strayed from its message. In his encyclical Redemptoris Missio St. John Paul II reminded the Church of her first service to the world, writing, "Missionary evangelization is ... the primary service which the Church can render to every individual and to all humanity in the modern world” (2).

Recently ChristLife hosted Hana and her mother, Katerina, on their visit to the United States to raise awareness and support for their missionary work. In particular, they are seeking funds to build a house for missionaries in Slovakia. The house will provide a place of formation, residence, and retreat for missionaries. In particular, it will serve as a school where missionaries will be taught how to evangelize. Learn more about this house of mission and the vision that inspired Hana from the following video.

Through her own finances, donations, and grants, Hana has already raised approximately €110,000 of the €200,000 needed to build the house. You can support this project by donating online and indicating "For Hana’s house" in the "For/Prayer request" field. To learn more about the project contact Hana at haniksimcik@gmail.com. 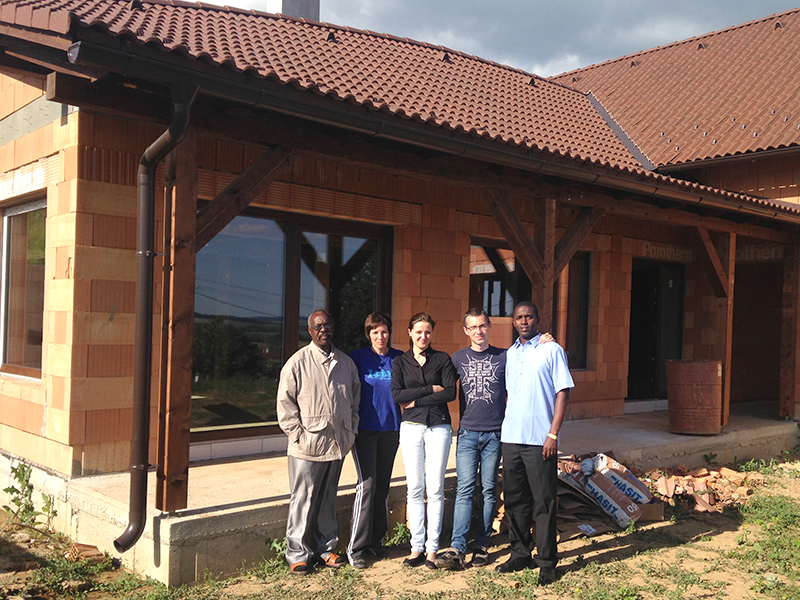 We at ChristLife are challenged in our call to be missionary disciples by Hana’s visit. We are reminded that by our baptism each of is called to "go and make disciples of all nations" (Matthew 28:19). With this perspective from halfway around the world we recall the universal communion that is our Church. Their witness brings perspective to own local problems and a greater solidarity with Christians from around the world. It also emphasizes the value of short-term foreign missions, which by their nature move us out of our comfort zones both when we go and also when we return, bringing that same missionary zeal to our everyday lives. Personally, I have witnessed this zeal in Jen King, our communications director, and other members of ChristLife Young Adults who periodically go on mission trips to Haiti with Haiti180. 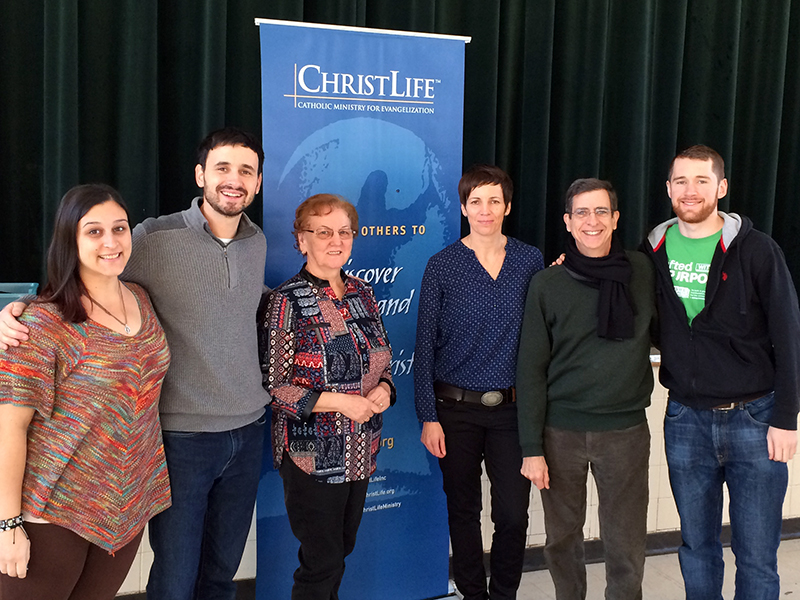 Whether we are evangelizing in Baltimore, in Turkmenistan, or in our own town, we are all "sent ones," personally loved and chosen by our Father in heaven, to reveal to the world – by our words and deeds – the saving message of the Gospel. Let us pray for Hana and this project to bear abundant fruit for the salvation of the world. Let us also pray for the Lord to raise up more missionaries for his Church in our own cities and to the ends of the earth!

"Go into all the world and preach the gospel to the whole creation."