In October, the Archdiocese of New York hosted the first reunion retreat for ChristLife alumni in New York. It was a day filled with dynamic teaching, inspiring times of prayer and worship, and opportunities to connect with a broader ChristLife community.

Unseasonably cold weather with rain and wind did not stop almost 150 ChristLife alumni from attending the first New York ChristLife reunion at Graymoor Retreat Center in Garrison, on Saturday October 1, 2016. Catholic recording artist Tori Harris flew in from Dallas, Texas to lead worship and the retreat was led by several Archdiocese of New York priests. 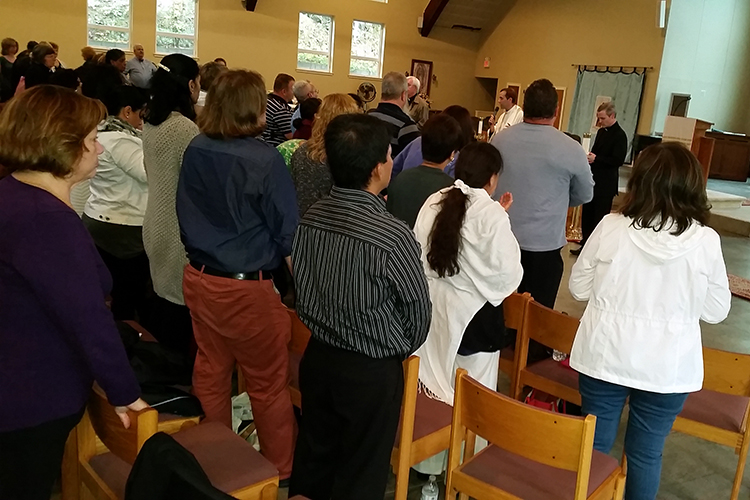 Father James Sheridan, Associate Pastor from St. Columba Parish in Hopewell Junction, began the reunion by talking about the importance of having a personal relationship with Jesus. Every person at some point needs to make a personal decision to surrender our lives to Jesus. He shared his own personal testimony of when and how he made that decision as a young adult in Ireland. Following, each attendee was given an opportunity to make that decision again.

During lunch we sat at tables and discussed how we felt about what Father James shared in his talk. This was a wonderful time for participants from various parishes throughout the Archdiocese to connect with the broader ChristLife community in New York.

After lunch, we shared a unique testimony experience to encourage everyone to get involved in the mission of evangelization.

To begin the testimonies, we invited Tony DiMarco, a ChristLife board member, and Teri, his wife, to the stage. They were table facilitators at St. Martin de Porres’ first Discovering Christ in May 2010. Because of their own personal encounter with Jesus, they invited 10 people in their family, including 9 young adults, to attend a future Discovering Christ course at St. Martin de Porres. Sarah, their child and one of the people they invited, joined them on stage.

But Tony and Teri’s evangelizing didn’t end there! Mary and John Buono, a married couple, were in their Discovering Christ small group in September 2010. They committed their lives to Jesus and in turn invited their children and teenage son’s girlfriend, Kayleigh, to attend. Kayleigh was not Catholic at the time, but was searching for the meaning of life. Because of Discovering Christ, she committed her life to Jesus, joined RCIA, and is now an active practicing Catholic evangelist. She in turn invited her grandparents, and parents to attend Discovering Christ. As her story was told, every person mentioned came forward and joined the stage. Kayleigh is now happily married to Anthony Buono! 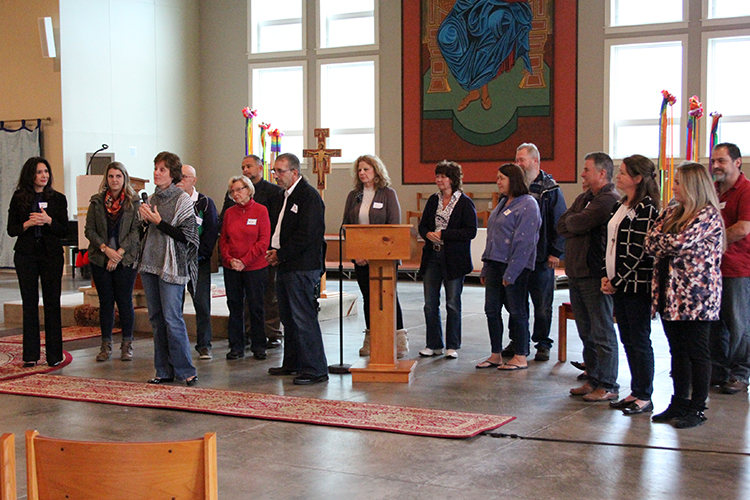 The Buono family felt compelled to evangelize and serve in various capacities at neighboring parishes whenever they held Discovering Christ. The people who sat at their table for those courses joined them on stage. The Buono family has since moved to a new area of New York and are the main leaders for Discovering Christ at their new parish. Some of their parish team members joined them on stage.

This testimony demonstrated how just two people saying “yes” to the call of evangelization is able to impact the lives of countless people.

Father Vincent Druding, from Assumption Parish in Peekskill, joined everyone for Eucharistic Adoration and the sacrament of Reconciliation. He led a powerful meditation based on St. Theresa of Calcutta's I Thirst for You prayer. After, Father Bill Cosgove of St. Augustine Parish New City spoke about the importance of the Holy Spirit in our lives and he led everyone in prayer.

Jaimee from Port Chester shared "My mom and I both had a wonderful experience and the prayer time was especially helpful. Since we are in the middle of Following Christ we need all the prayer and nourishment we can get."

We ended the day with Mass with Fr. Dan Tuite as the main celebrant and homilist.

ChristLife alumni left the Archdiocese of New York ChristLife reunion feeling refreshed in their relationship with Jesus Christ. Patti from St. Martin de Porres in Poughkeepsie wrote "Attending ChristLife events enables me to better learn His Will for me." 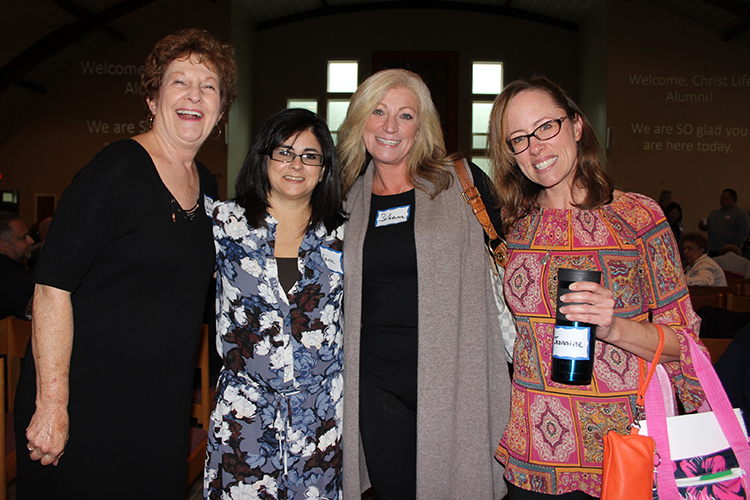